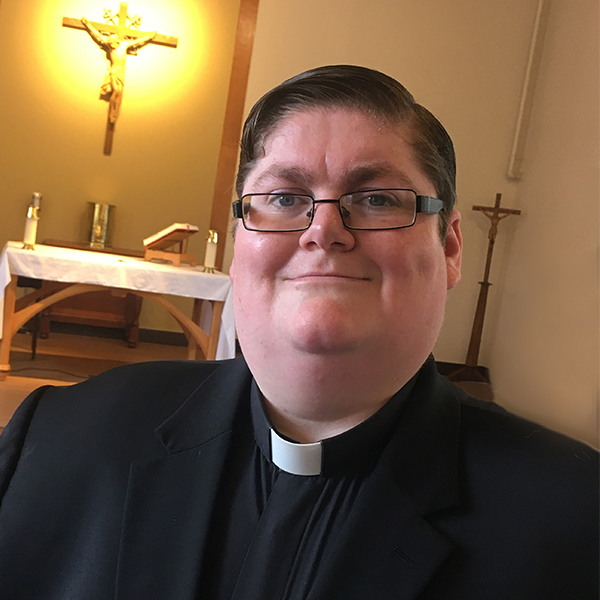 From Rothesay New Brunswick, Father Peter found a passion for literature and philosophy in the Great Books program at STU before going to study for the priesthood at Saint Peter’s Seminary. Since 2014, he has served as a priest of the Diocese of Saint John, having been pastor of Saint-François-de-Sales Parish and Holy Trinity parish in Saint John before moving to Fredericton in 2018 to take on the role of chaplain at STU and pastor at Sainte-Anne-des-Pays-Bas parish. Father Peter has a special interest in the writings of the Desert Fathers, Dante Alighieri's Divine Comedy, and how we are shaped by liturgy and prayer.

Fun Fact: Father Peter has a large dog, a Saint Bernard named Dante after the famous poet, with whom he has one sided conversations. 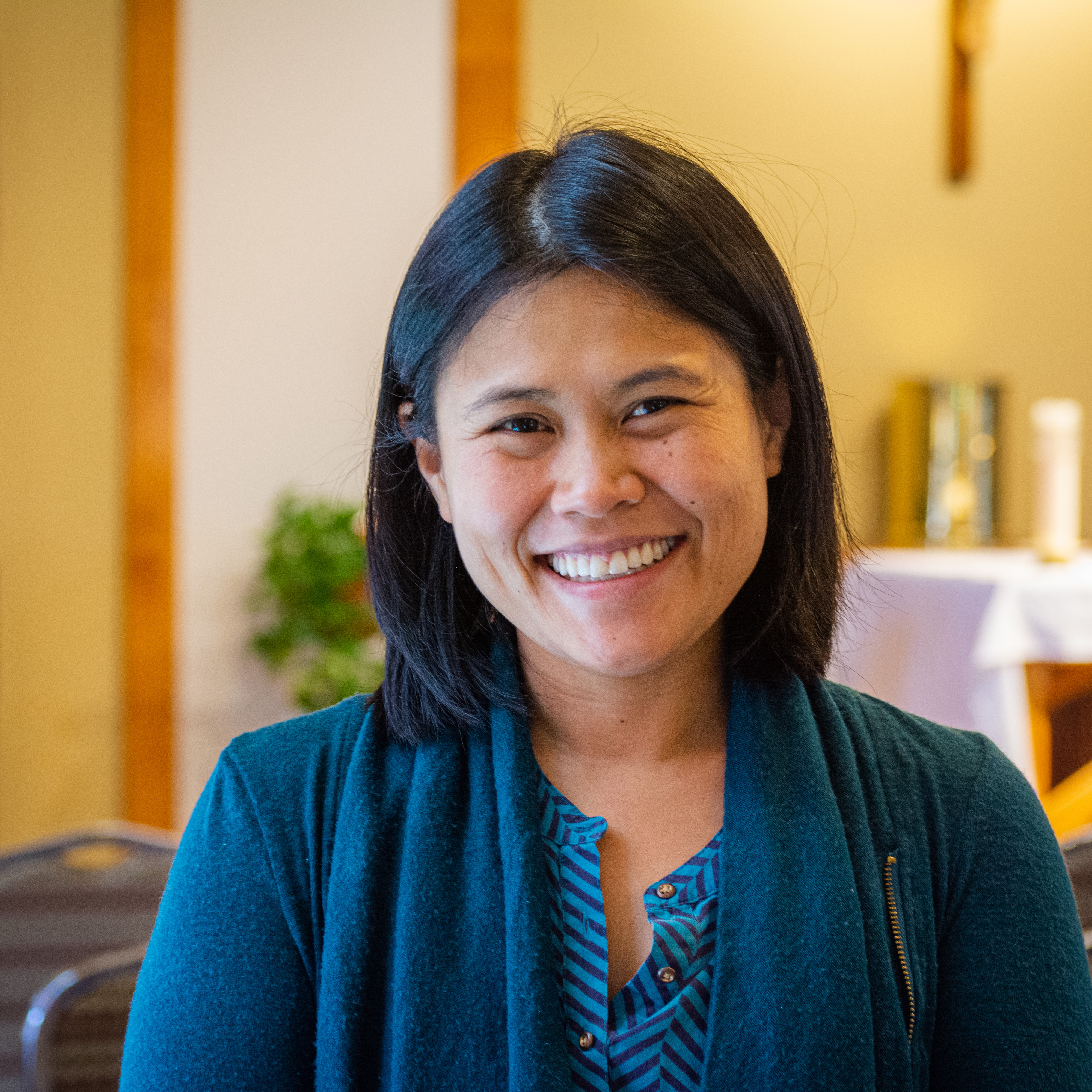 A Toronto native of South-East Asian descent, Claire came into the faith thanks to the work of campus ministers. She brings a breadth of experience to the chaplaincy having worked as a genetic disease researcher, high-school math and science teacher, and as a mother of 5. She speaks Spanish and French. She has coordinated the Catechism program at St. Dunstan’s Church, where she also directed community art projects. She is passionate about wild edible food and loves sharing her awe for the natural world.